23Jan 2019 by comms@included.org.za No Comments

Senzo’s Story – A barrier is not only defined by disability

“A barrier to learning is anything that stands in the way of a child being able to learn effectively.”   What we often fail to realise is that barriers to learning are not only limited to physical or intrinsic disabilities.

*Senzo (name has been changed) is an only child of a single mother and has lived with his grandmother from birth up until his present age of three.  He is well cared for, however, when he started at his local ECD centre he was delayed with regards to milestones in comparison to his peers.  This was because he had not had appropriate stimulation at home.  He still drank milk from a baby bottle and his mannerisms were “baby-like”.

Scribbling, reading activities and puzzle building were all completely new to him, and whilst he eagerly joined his peers in group activities, he could not make a meaningful contribution to any of the learning activities at his crèche.  He had a significant lisp, and his speech and vocabulary were extremely limited and difficult to understand.  Although he could follow conversations and instructions, he could not respond verbally as he did not know how to phrase sentences.  His fine motor skills were extremely underdeveloped, and worksheets indicated that he was not ready to use a crayon.

“A barrier to learning is anything that stands in the way of a child being able to learn effectively.”   What we often fail to realise is that barriers to learning are not only limited to physical or intrinsic disabilities.  As is demonstrated in this case, societal and environmental barriers exist as well.  As a result, any challenge that presents itself through a child in the learning environment requires an adequate response in terms of support.

IESA’s facilitator, Ashleen Marcus engaged with the centre around training on identifying barriers to learning and through our project work, provided more input during on-site support visits.  Senzo’s teacher then drafted a “Word Picture”, one of IESA’s support tools, and this clearly showed the areas in which he was experiencing challenges.  This tool also showed how support would benefit him too and an Individual Support Plan (ISP) was drafted for him in order to ensure that the specific barriers were addressed and supported. 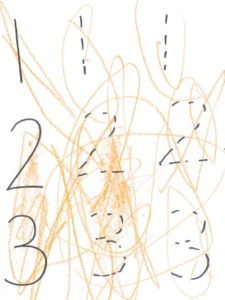 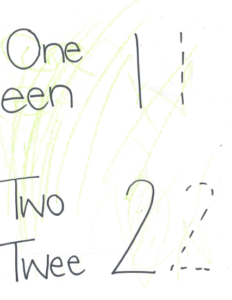 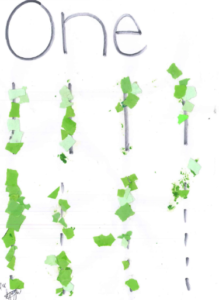 From Left To Right: Senzo Struggled with activities that required him to write.  Teachers then laddered the activity by getting Senzo to start  with tearing and pasting.

Based on these tools and careful observation, his teacher was able to identify that he needed more free-hand scribbling, playdough exercises, tearing and pasting in order to strengthen his fine motor skills.  As with any process, progress is slow, and the first few attempts at copying numbers were unsuccessful.  Eventually, with attention and support there was a vast improvement in his competency when the focus shifted to getting Senzo to work on pasting, as opposed to using a crayon.

After observing him amongst his classmates, we suggested that he be placed at a table with only one other classmate, to minimise distractions and encourage paired learning and support.  This helped Senzo to focus much better on his activities.  His teacher also “laddered” activities for him, giving him only part of an activity to complete in his own time and at his own pace.  His small achievements are praised and his self-esteem and confidence has rapidly improved.  He is now able to participate in centre activities alongside his peers, and is moving closer to attaining his developmental milestones.